Our goals here are: a) to quantify ranges for the same set of species for which we are generating trait data for in order to include range as a species characteristic (i.e., another trait) and to locate sites relative to these limits; b) to understand how ranges may shift in response to changing climates; and c) how shifts in plant ranges are related to phylogeny, plant traits, and their distribution of abundances over sites. 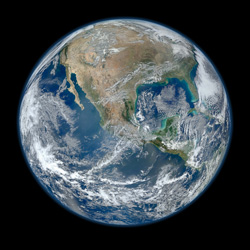 Biogeographers have long been interested in species’ distributions and how these relate to climate and biotic factors (MacArthur 1972). Recently, evolutionists have also become intrigued at the interplay between gene flow and local adaptation and how this could cause range limits to evolve (Kirkpatrick and Barton 1997, Case and Taper 2000). In the short term, range changes will be limited by plants’ abilities to disperse and colonize new sites, processes that we know have diminished in today’s fragmented landscapes (McIntyre et al. 1999). Thus, we are eager to learn how failures in colonization and recolonization may be related to plant traits like those that affect dispersal and fecundity.

Such responses are often modeled in invading species using climate envelope models (Welk et al. 2002, Jarnevich and Stohlgren 2009) like those we propose here. Including landscape structure (Ibáñez et al. 2009) or mechanistic physiological factors can improve these further (Parland et al. 2009) but are beyond the scope of this proposal. Projections suggest that 2/3 of California’s endemic plants could decline 80% in range within a century (Loarie et al. 2008). Wisconsin is fortunate to have high-resolution data sets for both plant distributions (WisFLORA 2010) and past and future predicted climates generated by collaborator Kucharik (2010). The USDA-USFS is also pursuing a collaborative Climate Change Response Framework project centered on the Chequamegon-Nicolet National Forest in northern Wisconsin to better understand how forest ecosystems can adapt to climate change (see letter from collaborator Swanston). We will capitalize on these resources to add data and address the goals above.